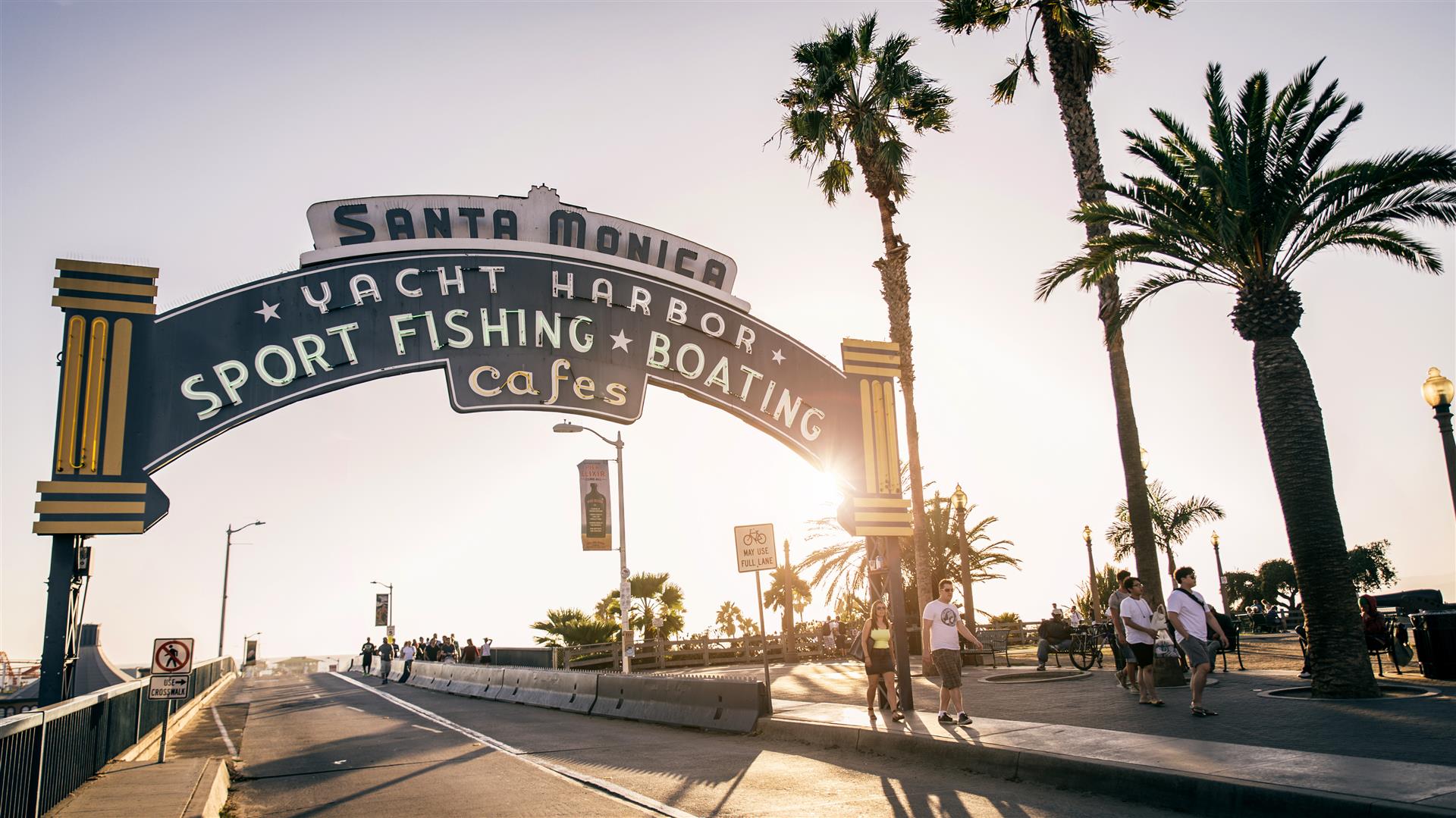 Comfortable, Walk-able, Family Friendly, Great Schools, Surf, Beach, Shopping, New Light Rail line makes commuting to work on the east side easy and relaxing.  Great community parks and entertainment and family friendly activities.  If you are looking for a home in the Santa Monica area, give us a call we know the area well and we can help.

Santa Monica is in fact home to one of most iconic beaches in California. But did you know that Santa Monica is also home to eight different neighborhoods all with their own personality? Below we give you a rundown of every neighborhood, how the neighborhoods differ, and what you can expect from visiting each. (* see end for details)
Santa Monica, California offers more than its beach and year-round warm weather. Its proximity to the greater Los Angeles area makes Santa Monica the perfect base for vacationers and business travelers alike.

For travelers aiming to discover the rest of Los Angeles and the greater Southern California region, Santa Monica serves as a convenient hub for broader exploration. Being only eight miles (13 km) north of Los Angeles International Airport (LAX) and only 13 miles (21 km) from the heart of Downtown Los Angeles.  Easy access to neighboring areas and attractions and close to other popular Southern California cities such as Beverly Hills and Hollywood, Mar Vista, Marina Del Rey, Culver City.

Main Street Santa Monica (MAIN STREET)
Santa Monica’s Main Street bears the laid back artsy side of Santa Monica, a side of the city that has been characterized by a local, surf vibe for years. Consider the many art galleries and attractions such as the Edgemar Center for the Arts and Mindfulnest, which is one-part art gallery, one-part shop. Main Street is also home to one of the highest concentrations of coffee shops in Santa Monica. A variety of different boutique shops are scattered along Main Street and a weekly farmers market takes place every Sunday.

Mid-City Santa Monica (MID-CITY)
The furthest inland neighborhood in Santa Monica is known as Mid-City. This is the arts and entertainment hub of Santa Monica, and is home to a number of the largest entertainment companies. Mid-City also is where you’ll find one of the largest contemporary art collections in Los Angeles, Bergamot, which was formerly a railroad station but now houses a plethora of different art galleries. Some of Santa Monica’s best restaurants are in Mid-City, including Mélisse, which had won two Michelin stars.

Ocean Park Santa Monica (OCEAN PARK BOULEVARD / SANTA MONICA AIRPORT AREA)
Running southeast from the Santa Monica Pier is Ocean Park. That local, artsy aesthetic of Main Street extends here, comprising independent coffee shops, boutique stores, and art galleries. Located just east of Ocean Park is the Santa Monica Airport. Not only is this a working airport for private jet owners, but it also is the location of the Museum of Flying, which features numerous aircraft and artifacts, including a Wright Flyer replica and World War II planes, and adjacent to the Spitfire Grill.

Pico Boulevard Santa Monica (PICO BOULEVARD)
Running parallel to I-10 is perhaps the most ethnically diverse neighborhood in Santa Monica: Pico. The people here can vary, from college students strolling in and around Santa Monica College to locals popping in and out of the clothing boutique shops, record stores, and art galleries. Saturday mornings on Pico feature a smaller, more local farmers market than the Downtown Santa Monica Farmers Market; the Pico iteration usually comprises no more than 30-40 local farmers.

Wilshire Boulevard (WILSHIRE BOULEVARD)
Beginning at Ocean Avenue and running all the way through Santa Monica, Beverly Hills and into downtown Los Angeles, Wilshire Boulevard is one of the most well-known streets in town. It borders the Third Street Promenade on its southwestern edge, borders the hugely popular Douglas Park, known for playing fields, lawn bowling, reflecting pools, and natural landscaping. Eateries catering to every palate line the avenue, with a concentration of Mexican restaurants serving both new and old favorites. Numerous designer consignment shops dot the avenue as well, catering to fashionistas on a budget. The strip ends at the scenic Palisades Park, known for its inspiring sunset vistas.
– – – – – – – – – –
Looking for a home in Santa Monica California, Give us a call, DM or message.  Follow Us on Social Media @CompeteRealEstate
Video Credit: HD Bros